Interview with Carolyn Cassady in her home in Bracknell, England, July 9, 2011
Polina Mackay: Let’s talk about the Beat Generation.
Carolyn Cassady: There never was any such thing as the Beat Generation. It was invented by the media and Ginsberg. There were a lot of individuals doing their thing, and then the media brought it all together. Kerouac kept saying, ‘I had nothing to do with all that’, which he didn’t and certainly Neal didn’t either.
PM: Do you think the scholarship on the Beats exaggerates the connections between these writers?
CC: Of course. Gerald Nicosia thought he was a Kerouac clone and he knew everything that Jack was thinking and what it meant. I loaned him my original manuscript [of Off the Road] which he has never given back. He had it on a list of stuff he was going to sell to the Lowell archives. So I said, ‘How would you feel if somebody sold one of your manuscripts?’ And he said – these are his very words: ‘I wasn’t going to sell it. I just put it up for sale’. I still haven’t got it back.
PM: What do you think about the fact that the Beats have inspired so many people?
CC: None of them were role models for me! I didn’t like any of them, except Kerouac and Ginsberg. Bill Burroughs, who knew nothing about me, would never speak to me whenever I ran into him, and kept telling everybody what a bitch I was. But he didn’t know me at all. And finally Allen and I, even as I asked Allen to leave the house – I was different then and I didn’t understand any of that and I would behave differently today – he was really nice about it and awfully kind to me afterwards. He invited me to San Francisco to have lunch with his father and stepmother (in fact he invited me to San Francisco a lot after that), until Bill Burroughs finally got to him and he too decided I was a bitch, so every time I’d meet him after that he wouldn’t speak to me. In one New York conference, there was an exhibition of paintings, and I had just left it. He was just arriving in a cab and it was pouring down with rain and he got out and said ‘You may have my cab’, but then he said ‘We won’t be seeing each other again’. We saw each other every day for ten days from then on, and I said ‘How did you like your painting?’, because I’d done a painting of him [of Ginsberg’s vision of Blake] hoping to please him, and he said ‘Oh, you’ve improved’, which was such a put down. I howled over it all the way back to my hotel. I couldn’t believe he could come up with that so fast. Well, I can sell it now because he didn’t want it. It was sad, though, that I lost his friendship because we’d been very close. I knew him since he was twenty and he lived in my apartment for two weeks, until Bill Burroughs got through to him, but I thought well it’s his problem, not mine. I didn’t get too upset about it; I missed him, but there we are. 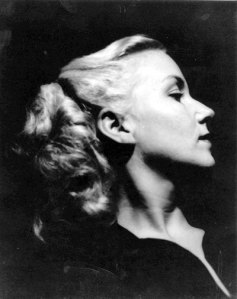 PM: What made you write Off the Road?
CC: Partially because there were so many myths and misunderstandings about Jack and all of us. In On the Road Jack didn’t really mention me. He mentioned meeting me but that was because he didn’t want to offend Neal. All that time in Denver; we spent a lot of time together alone in Denver. I had agreed to be in this graduate students’ play and every day for at least a week Jack would ride the streetcar with me to the university, which was a long way away, for my rehearsals and then ride the streetcar back. So I saw a lot of him in Denver, and he cut all that out. And then he lived with us in San Jose and he didn’t talk about that in the book, so I had to write my book to clear up some of that. It’s funny he was so afraid. But it was Neal’s idea in the first place, so he wouldn’t have been offended. But Jack was always paranoid and thought he might.
PM: Are you familiar with any of the other memoirs written by other women, Joyce Johnson’s Minor Characters, for instance?
CC: Of course. Well, Joyce Johnson and I used to be friends. We were always on these conference panels together at the start. Then she came to London to promote her book and took me out to dinner and it was fine and then all of a sudden she got completely hostile. Then she published that book about their letters. She knew him for a couple of hours; I knew him for 22 years. She got really fanatic about being his great love; I felt really sorry for her. I mean big deal!
PM: Do you think it is right to pay so much attention to women Beats?
CC: Yes. I spent days and days with Brenda Knight [author of Women of the Beat Generation: The Writers, Artists and Muses at the Heart of a Revolution] and in her introduction she classes me with the fast talking, drug taking women. I could have killed her. I spent days and days with her and she just got it all wrong.
PM: Did you know any of the other women who are classified as women of the Beat Generation?
CC: There was a tour called Fast Talkin’ Women with people like McClure’s wife whom I knew very well, Joanna, and Janine Pommy Vega. The thing that amused me was that we were all known because we had been married to famous men. We did these two university trips in San Francisco and there was this stage we all appeared. Anne Waldman was there. She was always on these things too. Anne did her thing – her wild thing. It was kind of fun, us talking women.
PM: Ginsberg once described the Beats as a ‘boy gang’. How do you feel about that?
CC: I suppose it was because they were the productive ones and their writings are far better now. Then the feminists come along. I’m not a feminist. I don’t believe in that because they don’t understand this: women are to be and men are to do. But now feminists have turned that around and it’s too bad. I’m certainly not a feminist. I like men. I’m the woman behind the man.
PM: What was it that first attracted you to Neal?
CC: He knew exactly where I was coming from and behaved exactly as I would have liked. That man’s brain was just incredible! I see evidence of it even now. Every single person he met he could instantly psyche out exactly who they were and come on in the same fashion. When I would take him to social functions he was always the star of the show because he had that amazing genius mind. So, of course, he knew what to do with me.
PM: Why do you think he didn’t write very much?

CC: This is my wall of fame. That guy over there is Mr Sweden. His name is Ulf Lundell. He was using my picture of Neal and Jack behind his band, and I wrote him a letter and he wrote me a cheque for £15,000. Then they also told me he made a lot of prints of it he was selling in galleries for £200. Before he gave me that cheque he said ‘I’ll get another 150 prints made and you and I will both sign them incognito and as they get sold they’ll be yours’. I wrote back and said ‘well, that would take quite a while. I’ll tell you what, you give me the 15,000 and you collect for years’. Then he sent me his schedule for the summer and I saw he was going to be in Stockholm for four days, so I said ‘Would that be a good time to come over and sign the things?’ He said ‘Yes’. So he invited me to his home. So we signed all those things. Now my Swedish friends can never go see him because he’s sold out for years at a time and it costs too much and 25,000 people stand up in this huge arena. So I said ‘I really like to hear you play’. He said: ‘Are you sure? It’s awfully loud’. Then he said ‘Fine’, and I said ‘Can I bring some friends?’ He said ‘Yes’ and I said ‘Is eight too many?’ And he said ‘No’. So eight Swedish friends came along and at the box office we picked up our envelope and there were nine tickets and nine pairs of earplugs! It was a great show; he is absolutely fantastic. After the show he came out again, without his guitar, and he told this story about how he was this poor little kid in Stockholm and how he wished to be a writer because he read a lot. But he knew he can never go to university because he was so poor. Then he read On the Road, and he said ‘I can do that’. And then he took up the guitar. He says he owes all of his success to Neal and Jack and that’s why he has that picture behind his band, and they are in a lot of his lyrics. They changed his life, and made him the millionaire he is now. Then he said: ‘We are honoured today to have with us Carolyn Cassady’. He pointed me out and 25,000 heads snapped to look at me. And then he said ‘Now we’ll all sing Open Landscapes for Carolyn’. So the next day I said to him ‘Wow, what a wonderful thing you did, you didn’t have to do that’. And he said ‘Somebody told me it was like a religious experience’. And I said, ‘If that’s what they felt, how do you think I felt?!’ His art director ran up to me and said ‘He’s never done that, all the 20 years I’ve known him he’s never talked to the audience!’ We kept corresponding for a while. I have all his posters signed to me and he kept sending me CDs of his performances all signed to me.

This site uses Akismet to reduce spam. Learn how your comment data is processed.